Dr. Timothy M. Farrell is Vice Chair for Education and Professor of Surgery at the UNC Chapel Hill School of Medicine. He is Chief of the Section of Minimally Invasive Surgery, Director of the Bariatric Surgery Center of Excellence, and Program Director of a longstanding fellowship in Advanced Minimally Invasive Surgery. Dr. Farrell graduated from Princeton University, and earned his medical degree from Robert Wood Johnson (Rutgers) Medical School, both in New Jersey. He completed a General Surgery residency at Dartmouth-Hitchcock Medical Center in Lebanon, Hew Hampshire, and then research and clinical fellowships in Minimally Invasive Surgery at Emory University Hospital in Atlanta, Georgia. He has practices in Chapel Hill for over 20 years.

He serves as Executive Director of the Southeastern Surgical Congress. He has current or past roles on governing boards for the American College of Surgeons, the SAGES and the Fellowship Council. Dr. Farrell specializes in treatment of benign foregut diseases and obesity through minimally invasive approaches. He has authored and edited numerous publications in the fields of minimally invasive surgery and surgical education.

Dr. Kohn obtained his medical degree from Monash University and his Australian FRACS certification in 2007. He then undertook two sub-specialty clinical fellowships in the United States, first in laparoscopy and advanced gastrointestinal surgery at the University of North Carolina at Chapel Hill, and then in oesophageal surgery at the University of Southern California. In 2014, he was awarded Fellowship of the American College of Surgeons.

Dr. Kohn also has a keen interest in academic surgery. He has received internationally recognised awards for his research including best paper at the prestigious DDW/SSAT meeting in Chicago USA. He is an Adjunct Senior Lecturer at Monash University (Australia) and the immediate Past President of the Australasian Neurogastroenterology and Motility Association. He is also Co-Chair of the SAGES Guidelines Committee and a member of the ISDE Guidelines Committee.

Dr. Kohn works as an Esophagogastric surgeon in Melbourne, Australia.

Disclosure:
The series “Minimally Invasive Procedures for Gastroesophageal Reflux Disease” was commissioned by the editorial office, Annals of Esophagus without any sponsorship or funding. Timothy M. Farrell and Geoffrey Kohn are serving as the unpaid Guest Editors for the series. 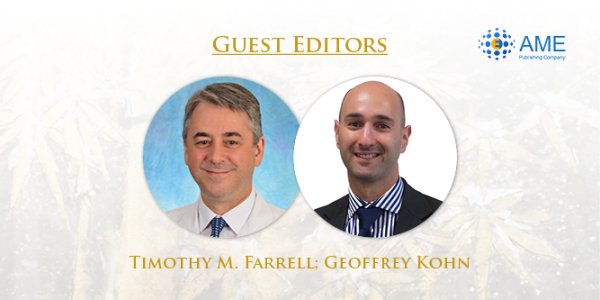