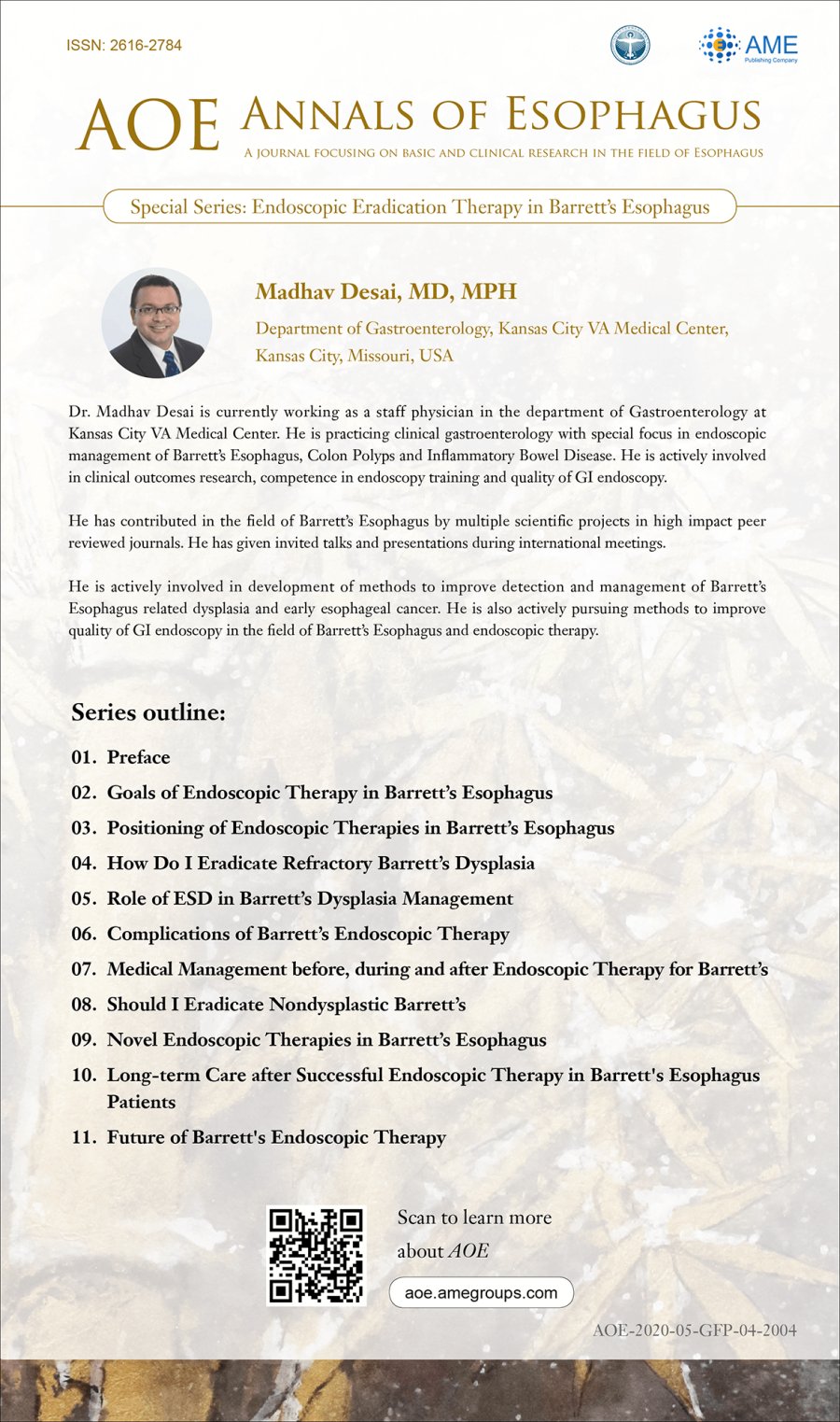 This special series guest edited by Dr. Madhav Desai aims to review existing standards, technologies and tools for endoscopic therapy of Barrett’s Esophagus with special focus on dysplasia and early neoplasia. This field is constantly evolving with great strides in recent years. Our goal is also to learn from those excellent international experts who have contributed in this field significantly and have years of experience in the management of Barrett’s esophagus related neoplasia. Hopefully. this endeavor will help practicing gastroenterologists and trainees that will ultimately benefit our patients.

Dr. Madhav Desai is currently working as a staff physician in the department of Gastroenterology at Kansas City VA Medical Center. He is practicing clinical gastroenterology with special focus in endoscopic management of Barrett’s Esophagus, Colon Polyps and Inflammatory Bowel Disease. He is actively involved in clinical outcomes research, competence in endoscopy training and quality of GI endoscopy.

He has contributed in the field of Barrett’s Esophagus by multiple scientific projects in high impact peer reviewed journals. He has given invited talks and presentations during international meetings.

Disclosure:
The series “Endoscopic Eradication Therapy in Barrett’s Esophagus” was commissioned by the editorial office, Annals of Esophagus without any sponsorship or funding. Madhav Desai is serving as the unpaid Guest Editor for the series.